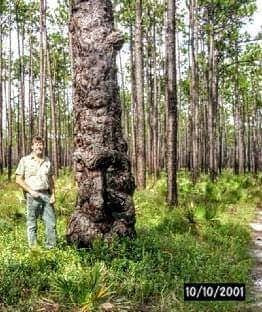 See the series of events in this shareable album link:


The old Longleaf Pine, pinus palustris, was one of the very last survivors of the original
old Longleaf Pines that once grew all across the Southeastern U.S.
Struck by lightning in 2014 and standing dead until 2016, this trunk portion was salvaged from the
Apalachicola National Forest and has been preserved.
View more information about our treasured National Forests here:

Ol' Bumpy has been documented as the oldest known Longleaf Pine in Florida and was almost 500 years old!
(If we add in the years that he was probably in the grass stage before producing countable rings, it could be just about 500 years - there is no way to tell how many years he was in grass stage.)

Milled slabs are currently on display as tabletops at two locations.

You and your family and friends can eat, visit and travel back in time while you admire the extremely close growth rings, evidence of this beautiful, long life.  Some of the growth rings are so close together, they are impossible to distinguish at the average rate of 34 years per inch! 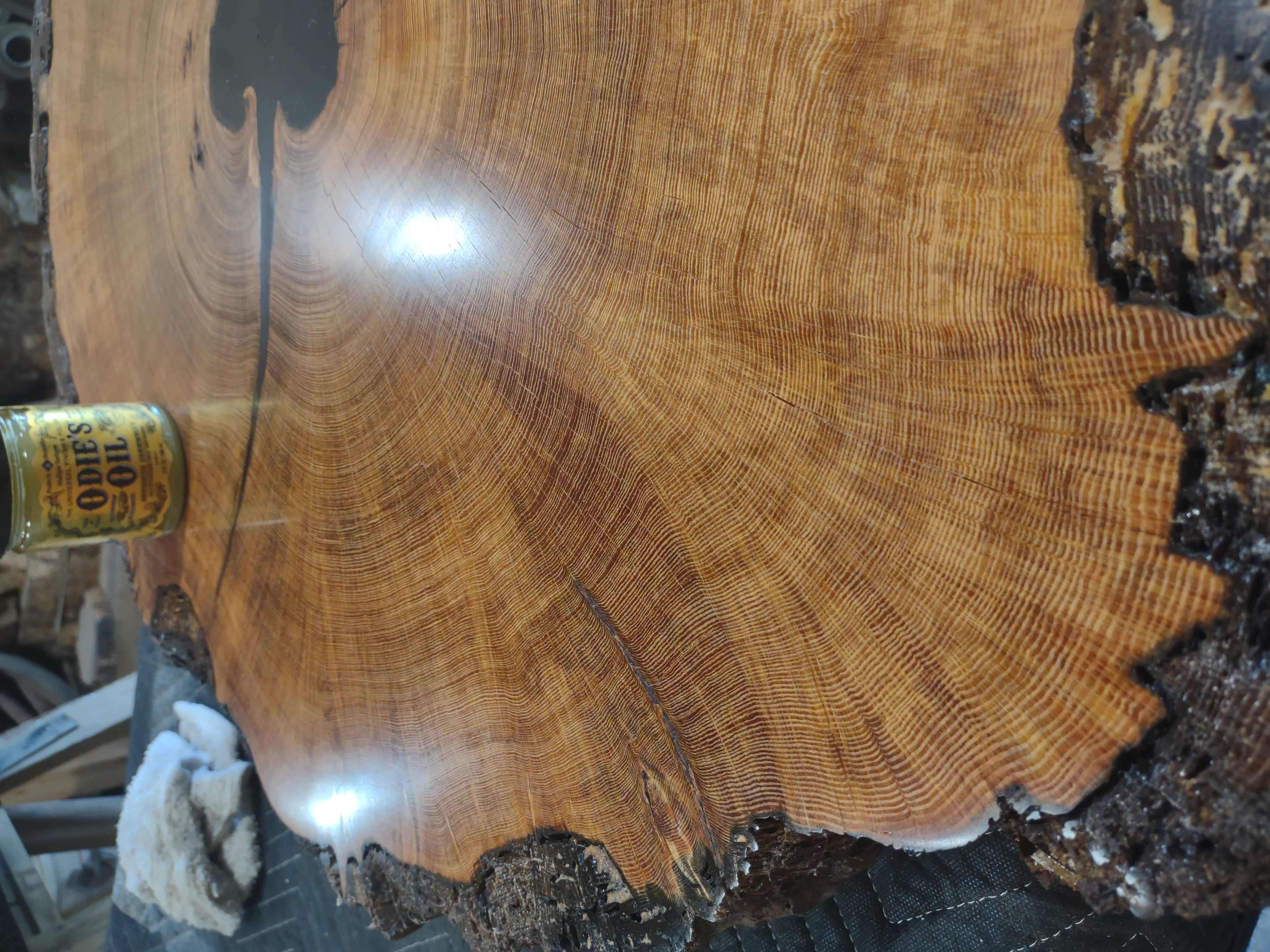 The story of Ol' Bumpy and fire is visible in fire scars that begin just a few decades into life.
Fires were very frequent throughout his long life and usually caused no damage.
(Fires happened every 1-2 years, shown by fire history reconstruction research.)
But a particularly intense fire, early in his life, killed a portion of the cambium, around 1593.
Maybe a branch fell nearby, causing a longer lasting, hot fire, unlike the typical, quick-moving grassfires.)
He spent many, many decades, generating growth to completely heal over that wound, resulting also, in the many burls. He thrived and lived for centuries, as part of the fire dependent pine savanna ecosystems, supporting a myriad of fire dependant plants and wildlife.

Other related information can be found here: